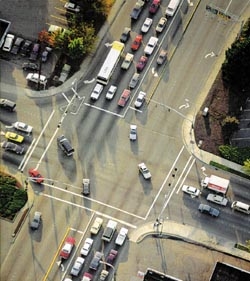 teachable moments.  I’ve never heard of Mr. Havighurt, nor his book, but fortunately my father taught me all about teachable moments.  When I was learning to drive, my father insisted on logging many, many hours with me behind the wheel.  My father had a pretty exciting set of teenager years involving some fast cars and empty Texas roads, so he was rather interested in ensuring that I developed a sense of responsibility while learning to drive.

I had to keep a log book and log over 500 hours of driving with him before I could get a driver’s license, which meant I was driving him and occasionally the family, everywhere.  I would drive us to church on Sunday mornings.  I would drive to the grocery store, to the auto-parts store, and sometimes across the Bay Bridge with the family. 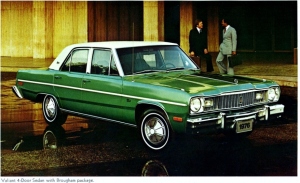 On Sunday mornings, I would drive him around town, getting on the highway and off the highway loop-after-loop for an hour or so before we’d head to church.  One morning, after some light rain, a traffic light turned yellow while I was entering the intersection.  I was anxious not to run any traffic lights with my father in the car, so I stepped on the brakes like someone who didn’t really understand what a 1974 car featuring tail fins and no anti-lock brakes (ABS) would do on a wet road when you lock up the wheels.  I was able to complete a 360 degree spin in the middle of the intersection, with my father quietly sitting next to me.  I sat there, in shock of our lack of death and with no idea what to do.  I turned to look at my dad, and he calmly told me that I needed to slowly accelerate out of the intersection, as the drivings in the cars, who now had a green light, were staring at me.

While I certainly learned how not to brake in the rain, what was more important was realizing the concept of a teachable moment.  My father had explained braking, skidding, spinning, rear-wheel drive vs. front-wheel drive, and ABS many times before; but he realized that a good time to explain it again wasn’t while I was spinning the family car or trying to get out of my mistake.  This is something to remember when you’re anxious or angry — the times to teach someone something isn’t during an crisis, it’s before (ideal) or shortly after one.